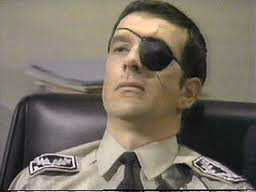 The Multiverse was formed by a random fluctuation of energy called the Big Bang or Event Zero. This explosion created Normal Space (N-Space), and Exo-Space (which has negative coordinates). All of the various Parallel Alternate Universes would later be artificially created based off of this one. Each of these Universes exists by collapsing and expanding over billions of years. The Multiverse is made up of 11 dimensions: The three spatial (dimensions 1-3) and two temporal dimensions (4-5) formed first. The remaining 6 dimensions curled up into the size of a proton to become the Six-Fold Realm (aka Calabai-Yau Space). Its possible that a TARDIS could visit these higher dimensions or even collapse it so that they could explore lesser ones. 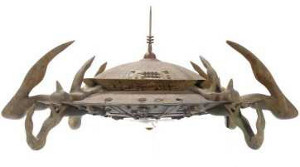 It is known that, before the Time War, there were well over 117,863 artificially created parallel universes located 'sideways' in time. Given that the artificialy created universes can create further universes, it is possible that there are an infinite number of universes. By the end of the Universe over 100 billion alternate versions of history will have been created. The Time Lords use the Axis to hold alternate timelines that are the result of failed Time Lord interventions. Some other universes are bound to a station in the inter-dimensional void. This Station Control holds between 400 and 1,700 universes.

Like all universes these universes are defined by the conscious choices of their inhabitants. It is relatively easy for a for a fully functional TARDIS to travel to a specific parallel universe if one knows that universe's phase shift, but this will strain and possibly damage a poorly maintained vessel.

The occurrence of the Last Great Time War changed this. The damage to the Web of Time caused the formation of the Lost Dimension. The Lost Dimension (aka the Void) is the space between each divergent reality and parallel universe. The formation of this wall was an attempt to protect the other realities from the Time War. The Void has no temporal dimension and nothing for the conscious mind to believe in. It is composed of pure Void Stuff, which is neither matter nor energy. Breaching the Void to reach an alternate Universe is nearly impossible and any timeship that succeeds will still suffer significant damage. While it is possible to send a message to a specific parallel universe it requires the power levels of supernova to transmit even a short message. Anything that passes through the Void will be contaminated by Void Stuff. The contamination can be visually identified by humanoids by placing red and blue filters over their eyes. While Void Stuff normally has no negative effect a breach in the universe will cause all Void stuff (and anything it has contaminated) to be pushed back into the void.

While Alternate Universes are nigh impossible to reach after the Time War, this is not the case with tiny 'bubble universes' that exist on the 'surface' of the main one. If a connecting rift can be found it is possible for a TARDIS to enter such a universe, but they would need to burn up several rooms to have enough thrust to do so. The operator is warned, however, that escaping such a universe will require not only the use of sub-routine Sigma 9, but also burning up about 30% of the TARDIS's storage rooms.

It should be noted that if a TARDIS that relies on scavenged fuel (as opposed to the Eye of Harmony on Gallifrey) travels into a another universe this would leave it without power. Fuel collected in this Universe can only be used in this Universe. The TARDIS would be dead unless a source of Gallifreyan energy or a local source of rift energy could be found.

‹ The Ur-Universe up The Universe ›

The following color code is used:

The TARDIS Technical Index is copyright Will B Swift.

This colour coding scheme is different to the one used on the rest of the Whoniverse site.